A lot of people have an aversion to holding cash in an investment portfolio. For the last four or five months, we have been holding a much larger than normal amount of cash and this has inspired an uptick in questions from newer and prospective clients. Polite questions, but with an undertone of frustration. I wouldn’t think much of it, but some of the meetings I’ve had lately with people that are considering firing their current adviser and coming over here have been eye-opening.

When people are in the process of firing their current guy, they usually strip away undertones and are more explicit in describing their frustration. When cash balances are large, the frustrated client sometimes attributes this to incompetence, fear or laziness on the part of the adviser. Often they’re right. Sometimes the frustration stems from not understanding the decision making process. But other times the problem stems from unrealistic assumptions. An assumption that if you just look hard enough, the vast universe of tradable securities has to reveal at least some opportunities that are better than cash.

Objectively, it’s true – there are always opportunities somewhere. From a practical standpoint though, the odds of successfully exploiting those opportunities can change dramatically depending on the broader market environment. I’m not willing to put money at risk in places where the odds are stacked against us. In an environment where the probability of success is low, holding cash is the logically better choice. The urge to try to make something happen can be strong, but it’s dangerous. The market doesn’t care what you need or want and doesn’t reward you for trying really, really hard. There are no participation medals.

Poker players, military historians, football coaches and tacticians of all stripes understand that folding, retreating and punting can be valuable tactics in the face of long odds. We accumulate cash to preserve our ability to act when the winds of probability eventually turn in our favor.

PLC Asset Management is a Corvallis, Oregon based investment consulting and retirement planning practice. Our mission is to help clients achieve and maintain financial independence regardless of market condition. Our unique investment strategy makes every decision from a foundation of risk management. 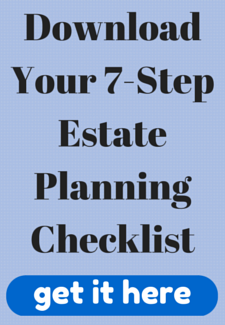 Strictly intended for individuals residing in the states of OR, WA & CA. No offers may be made or accepted from any resident outside these states due to various state regulations and registration requirements regarding investment products and services.