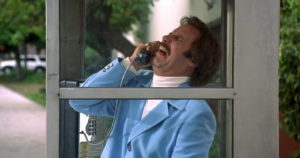 It’s been one year since Standard & Poors downgraded the credit quality of US Treasury debt. This cataclysmic event was accompanied by hysterical finger pointing, messenger shooting and mass hysteria in the media. The funny thing is the market didn’t seem to care that much. In fact, quite the opposite. Letting the news narrative dictate investment decisions is very often a shortcut to disaster.

Every time I have mentioned the possibility of taxing muni bond interest as a potential risk factor, I get looked at like there’s a third arm growing out of my forehead. Look who has a head-arm now!

Municipal bond income is included in the cap under the new proposal, marking the administration’s first attempt to curb that benefit. That could hurt demand for state and local government securities, said lobbyists who work in the public finance sector.

The reason people don’t consider it a real risk is because the idea sounds so preposterously stupid. Taxing muni interest just raises the cost of borrowing for state and local governments – borrowers that are already strapped. Borrowers that are already laying off employees in droves because they can’t afford them. Remember, this proposal is part of a “jobs” plan that made the hiring of teachers, police and firemen an explicitly stated goal. Brilliant.

Interesting post from the WSJ MarketBeat blog on the fallout of a potential downgrade. This quote from BMO Capital Markets,

But a key question in many investors’ minds is what impact will a downgrade have on interest rates. Taking Japan as an example the answer is that a downgrade may have no impact on rates. Indeed, Japan was downgraded by S&P from AAA to AA+ on February22 2001 and the 10-yr rate moved 24bps lower the following week.

sounds counter-intuitive, but the huge rally in treasuries this week makes it appear reasonable…

The news is all atwitter with the looming specter of an “unprecedented” default forced by an inability to come to a political compromise on the debt ceiling debate. There are hundreds of articles like this one making the following point:

Is it true? Would a technical default be unprecedented? In fact, it wouldn’t. This fantastic article from Seeking Alpha provides a relevant history lesson:

They say it would be the end of the world as we know it. But, like all the other history they ignore, they also ignore the fact that the U.S. government has defaulted many times in the past. It defaulted in 1933, when Franklin Roosevelt refused to pay privately held gold denominated bonds, and, instead, confiscated all American owned privately held gold. It happened again, in 1968, when the Federal government refused to deliver physical silver in exchange for the silver certificates it had issued. It happened again in 1973, when Nixon defaulted on gold debts to foreign nations by unilaterally closing the door on America’s inter-governmental gold obligations.

A blog post from Kathy Lien shows what happened to the dollar when the Treasury was in technical default, this time in 1979:

Although the U.S. government has never officially defaulted on its debt, it missed payments on some Treasury Bills in 1979. Then as now, Congress was playing a game of chicken with Republicans and Democrats bumping heads on raising the debt ceiling. The debt limit was a fraction of its current levels and at the time, the dollar only fell briefly.

As we all know, past performance cannot predict future returns. We can’t know exactly how this will all play out, but there is ample reason to expect that life will not end as we know it if the “unprecedented” happens.

I don’t normally pass along commentaries on the market or the economy, because they really aren’t relevant to the way my investment decisions are made. However, there have been more calls and emails on the debt ceiling negotiations than any subject in recent memory.

Much of the concern appears to be media driven and reflects an incomplete understanding of how markets have historically treated events of this type. In the interest of clarification, I thought it might be helpful to reprint a quick take authored by Brad McMillan, Chief Investment Officer at Commonwealth Financial Network: END_OF_DOCUMENT_TOKEN_TO_BE_REPLACED