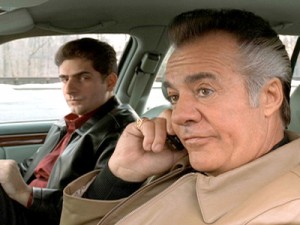 In the Pine Barrens episode from the third season of The Sopranos, Paulie & Christopher think they have killed a Russian mobster and travel to the Pine Barrens of New Jersey to dispose of the body.  After arriving, they open the trunk to find him still alive.  Ultimately the Russian escapes while Paulie & Christopher become hopelessly lost in the woods.  Paulie calls Tony to report what has happened:

Tony Soprano: [over the phone] It’s a bad connection so I’m gonna talk fast!  The guy you’re looking for is an ex-commando!  He killed sixteen Chechen rebels single-handed!

Tony Soprano: Yeah.  Nice, huh?  He was with the Interior Ministry.  Guy’s like a Russian green beret.  He can not come back and tell this story.  You understand?

Paulie ‘Walnuts’ Galtieri: I hear you.

Assuming that you are hunting an interior decorator while actually hunting a special forces soldier could have disastrous consequences.  Unfortunately these kinds of errors are relatively common.  Someone, often an expert or voice of authority, makes an incorrect or misinterpreted statement and soon scores of people believe and act on information that is untrue.

The Latin motto for The Royal Society of London for the Improvement of Natural Knowledge (founded in 1660) is Nullius in verba, which means “on the words of no one” or “take nobody’s word for it”.  The Royal Society was interested in moving science toward the idea that facts should be demonstrated by experiment as opposed to simply trusting in deductive reasoning or citations from established experts.

There are a couple of reasons why this is a good idea.  The first, as our example above shows, is that the expert may be right, but the reporting of his conclusions may be in error.  Michael Mauboussin, Chief Investment Strategist at Legg Mason and author of the fantastic book Think Twice: Harnessing the Power of Counterintuition, shares the story of a German chemist named Erich von Wolf who, in 1870, calculated the nutritional content of green vegetables, including spinach.  In copying the figures from his notebook into the final table in his report, a decimal point was misplaced, overstating the iron content in spinach by a factor of ten (showing 35 mg/100g serving vs. 3.5 mg.).  Once the report was published, the error was accepted as truth and became the foundation of advice given by countless nutritionists, educators, parents and even Paramount Productions, crediting Popeye with superhuman strength courtesy of canned spinach.

It wasn’t until 1937 when scientists conducted new independent studies that the truth was discovered, but it was too late.  The cascading levels of decisions based on bad information had become accepted as fact.  Even decades after the truth was known children were still condemned to a fate of choking down putrid, slimy green masses of this foul substance because it was thought to be good for them.  On a related note, I have not checked the data on lima beans, but will assume that they are also of dubious nutritional value.

Another reason for being skeptical of expert advice is, of course, experts are not infallible.  On Thanksgiving, a story broke regarding the pending insolvency of Dubai World, the investment vehicle for the emirate of Dubai.  European and Asian markets declined sharply on the announcement as did most domestic stock indices when the U.S. market reopened on Friday.  The Friday after Thanksgiving is normally a pretty slow news day which assured this story a thorough bout of frenzied overreaction on cable news channels that had nothing else to discuss.

It was reported that this could be the event that finally toppled the global commercial real estate market.  One well regarded expert told us that the crisis “may spur a 20% global market drop.”  Another expert advised that the “sudden onslaught of the Dubai Crisis puts global markets at risk” and would spark a long overdue unwinding of the carry trade, which is a precursor to the “emergence of widespread sovereign debt defaults.”  Which sounds pretty bad.

Now that we have a few weeks of perspective, we can look back and see that the ‘crisis’ was shrugged off by the market as a virtual non-story by the following Monday.  In the global scheme of things, it just wasn’t a big enough deal to matter that much – even to the banks with the most direct exposure.  Now, the experts could have been right, but they weren’t.  Is paying attention to experts of any more value than listening to a random sampling of man-on-the-street interviews?

An article published in today’s (12/16/09) Investment News is headlined Academic study: Sunshine and stock performance linked.  Really.  This startling conclusion is the result of research conducted by an accounting professor from Fordham University and a VP in the quantitative investment group of Neuberger Berman LLC.  They studied the earnings announcements for all publicly traded companies from 1982 – 2004 and found that companies that announce earnings during sunny days saw their stocks perform about 0.5% better than expected in the days following the announcement.

The accounting professor explained that the correlation was not present so much in widely held stocks but, “you see this phenomenon particularly with those companies that people hear about through someone as this great stock pick, but no one has heard of the company.”  The fact that this trend appeared among shares traded on the NYSE and the AMEX but not the NASDAQ was conveniently explained by a suggestion that the first two exchanges utilize human market makers while the NASDAQ does not.  They further explain that the market outperformance is temporary because, “after a few days the market realizes that this was silly and the stock goes back to where it should be.”

Fordham University and Neuberger Berman are not obscure entities, although research like this could help remedy that.  The problems with this study are plainly obvious to anyone with an ounce of common sense.  Besides the premise itself being patently absurd, the authors appear to ascribe emotions to a market, but don’t find actual human sources to quote.  In retrospect that may be shrewd, you’ll never read about a market complaining that it was misquoted.  They explain away the massive discrepancy between exchanges by attributing the differential to a human trading floor presence without explaining why this should be true.  Is the floor of the NYSE moved outdoors when the sun shines?  Why would investors in Boston, Stamford and London pay more for shares just because it’s sunny in Manhattan?

The biggest problem here is the very bedrock of the study – that shares performed better than expected.  “Expected” denotes an opinion, not a scientific fact.  You could substitute “predicted” or “guessed” or “hoped” for “expected” without changing the meaning of the sentence.  Rather than blaming sunshine for the puzzling divergence between what actually happened and what they expected to happen, could it be that the authors’ expectations were wrong?  This appears to be a clear case of data mining – squirreling out a correlation without proving causation.  It’s a trap that is often the result of hubris and can be easy to fall into, especially if you consider yourself an “expert.”  Naturally the experts at Investment News advised their professional readership to take this study with a grain of salt.  Oh wait, they didn’t – what they actually said was, “financial advisers may want to invest in a Farmers’ Almanac to figure out which stocks to buy.”  Clearly this is a publication that is earning its subscription price (free).

A few paragraphs ago I asked if paying attention to experts was of any more use than listening to a random sampling of man-on-the-street interviews.  I don’t think so.  In fact, the man-on-the-street is the ultimate arbiter of right or wrong, if we consider the market, collectively, to be the place where all the opinions that matter are tallied.  This is one of the main reasons for my departure, over the last few years, from a fundamental investment approach in favor of a trend following methodology that is derived from price.  We have no way of knowing which expert or which earnings estimates or which predictions are right – we don’t even know if statements and numbers reported by companies are true, but we always know the price.  That clarity, combined with explicit rules for entering, exiting and sizing positions gives me a great deal of comfort and confidence.  It also frees up a lot of time that used to be devoted to poring over research reports and prognostications from market strategists.  I think it’s a far better approach, but I won’t be offended if you don’t take my word for it.